A Magistrate in Downing Centre Local Court described the conduct of police officers during the arrest of beloved Sydney icon Danny Lim as “awful”, finding that the words on the sandwich board he was wearing were “cheeky” but did not amount to offensive conduct under the criminal law.

Mr Lim, aged in his mid-70s, was issued with a $500 criminal infringement notice for offensive behavior in January for wearing a sign saying “SMILE CVN’T! WHY CVN’T?”

Police alleged that a person described only as “as woman” called them to say she was offended by the sign.

They arrested Mr Lim and issued him with a $500 criminal infringement notice, which the elderly man decided to challenge in court.

The crime of offensive conduct

Section 4 of the Summary Offences Act 1988 (NSW) provides that “a person must not conduct himself or herself in an offensive manner in or near, or within view or hearing from, a public place or a school.”

The offence is different to ‘offensive language’ which is a crime under section 4A of the same Act – indeed, the legislation makes it clear that a person cannot be found guilty of offensive conduct merely by using offensive language.

It is a defence to a charge of offensive conduct where a person has a “reasonable excuse for conducting himself or herself in the manner.”

The maximum penalty for offensive conduct is 3 months in prison or a fine of $660. A conviction for the offence results in a criminal record.

The Summary Offences Act doesn’t list or define what is considered “offensive.” So we must turn to the common law to gain an understanding the word in the context of criminal law.

In the classic 1951 Victorian Supreme Court (VSC) case of Worcester v Smith, Justice O’Bryan found that something is offensive if it is “… calculated to wound the feelings, arouse anger or resentment or disgust in the mind of a reasonable person.”

Under the law, conduct can be “hurtful or blameworthy or improper” and offend “against standards of good taste or good manners,” but may still not be enough to amount to offensive under the criminal law.

The hypothetical ‘reasonable person’ is the measure by which a court determines whether something is criminally offensive. This ‘person’ is said to exercise average care, skill and judgement in conducting themselves, is reasonably contemporary and not thin-skinned.

Under these rules, a person’s behaviour may seem to be offensive to some but insufficient to pass the threshold of criminally offensive.

The hearing of Mr Lim

It is under these rules that Mr Lim’s case proceeded to a Local Court hearing.

During the hearing, Her Honour Magistrate Milledge was highly critical of the attitude and conduct of police, pointing out that the “overwhelming opinion” of people in the public square was that Mr Lim is harmless and that they took no offence to the sign.

Bodycam footage of the arrest captured the officers officers telling the large crowd “a number of complaints” had been received about the sign, although there was no evidence of this before the court.

After a number of bystanders tried to intervene by saying Mr Lim’s sign was not offensive, one officer called bystanders “pathetic” and labelled them as “social justice warriors”.

Indeed after the footage was posted online, more than 150 people surrounded a Sydney police station to protest against the treatment meted out to the elderly Mr Lim by our ‘boys in blue’.

Mr Lim testified in court that his intention was never to offend, but to make people smile and think.

“When you go to Barangaroo on Monday, Tuesday or Saturday they don’t smile,” he told the court. “We need Australia to smile again.”

He said his various “CVN’T” signs had become his trademark after a fine was overturned in court for a similar board about Tony Abbott in 2015.

Mr Lim disagreed that, in a roundabout way, he was using the c-word, saying that only a few people out of thousands that would come across his sign would think it was offensive.

On this point, Mr Lim’s lawyer pointed to the play on words offered by popular fashion label FCUK.

Police Prosecutor, Rick Manslley, told the court that the c-word was objectively offensive. “How can the court say the standards of society have sunk so low?” he submitted.

Magistrate Milledge ultimately found that the view of the person who called the police was not enough to prove the case against Mr Lim beyond reasonable doubt, as required under the law.

She accurately applied the law, noting the test is that of the “hypothetical reasonable person.”

“It’s not someone who is thin-skinned, who is easily offended,” she remarked.  “It’s someone who can ride out some of the crudities of life. [The sign is] provocative and cheeky but it is not offensive.”

Her Honour described the conduct of police as “awful” adding, “That attitude has no place in the modern constabulary.”

She noted that Mr Lim was compliant at all times, and that the use handcuffs used and ripping his sign off, which caused bruising and bleeding to the elderly man’s wrists, was “unnecessary and heavy handed” and that officer Hans’ statement that Mr Lim was “bullshitting” when he yelped in pain as he was lifted off the ground in handcuffs was inappropriate. 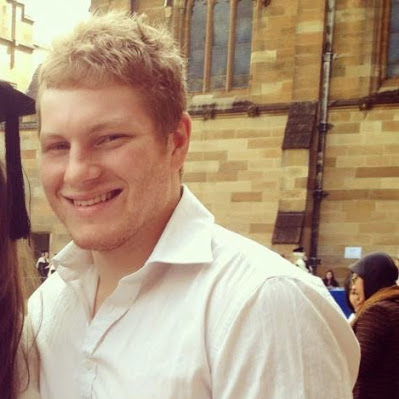 About Zeb Holmes
Zeb Holmes is a journalist and paralegal working on claims for institutional abuse. He has a passion for social justice and criminal law reform, and is a member of the content team at Sydney Criminal Lawyers®.